Remembrance: What will you do at work today?

It’s that time of year again, and whilst I was thinking of what I should write about to kickstart the blog once again, there was only one thing it could be today – Remembrance.

I have read much in the press this year regarding Remembrance; obviously there have been many stories from Normandy, North Africa, the North Atlantic and more recently from the Falklands and the Middle East. However, this year I have read a number of articles casting a more negative slant on the ceremony surrounding “Poppy Day”. They claim “hijack” by politicians, that the act of Remembrance is now being used as some kind of justification for conflict, and even some claim it is political glorification of war.

I am in no position to argue these points of view, some of these commentators are well qualified to comment, some even are veterans, so of course their opinions are valid. However, I shall ignore the political wranglings and posturing, and I will choose to reflect in my own way, with my own thoughts and opinions, on the sacrifice made by others whilst I sit comfortably at home. 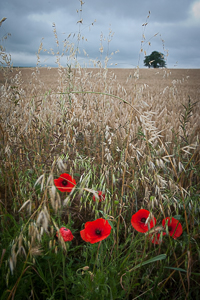 I have been very lucky on only a few occasions over the last twenty years to be invited to Officer’s Mess functions at various Royal Air Force establishments. As these functions have been broadly spread over the years I have been able to witness a marked change in activity that only serves to demonstrate just some of this sacrifice that I talk of. At a function this year I was suddenly aware of the number of DFCs (Distinguished Flying Crosses) that surrounded me, something that I had not encountered before in previous years. Now these DFCs are not banded about, there is no bragging, no showing off, but behind each one is a tale of complete and utter courage, bravery and selflessness. If you were to push them on the subject there would be tales of flying low and fast into a “hot landing zone”, enemy rounds passing through the cockpit and out the other side, pilots flying single handed as their co-pilots are injured, taking casualties on-board, short take-offs, and tearing back to base at full speed “with your tail on fire” sometimes so low that instruments are useless and you’re relying now on instinct, guts and pure skill. All this because a bunch of guys, or even just one very injured guy, that they don’t know, needs them … and needs them now.

And if you were to talk to them about “Why?” it would be because it’s their job, it’s what they joined to do, and if they had to, they would do it again … and again, and again. Medals or no medals, just another day at work.

So, putting aside my opinion on what is right, wrong, justified or otherwise, that is what is I will reflect on this year. Guys that are out there now doing their job, guys that left our shores 100 years ago to do their job, and all those guys that have done the same since. They don’t try and justify it, they don’t stand and argue about it, they may not even think it’s right … they just go out and do their job, regardless, and I will forever respect each and every one of them for that.

Let me ask you this one question whilst we all sit comfortably in our homes or offices ….

What are you going to do at work today?

This site uses Akismet to reduce spam. Learn how your comment data is processed.